This section contains instructions on how to install and configure the Top of Rack Switch (ToR Switch) inside the local FIBRE island, which is responsible for the control plane network of the local environment and to link the island to the FIBREnet backbone network.

General topology and connections for an initial island setup: 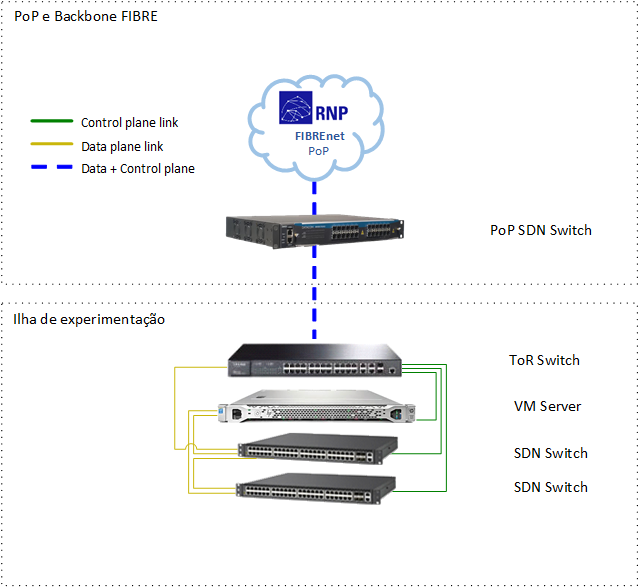 General topology and connections for a complete island:

Standard bayface and interfaces for the DM4100:

Before the Switch configuration - Firmware upgrade:

To execute a local firmware upgrade, is necessary to configure a TFTP server on a notebook. It's recommended to use the “Tftpd32 4.0” software related in the example below. All the example is for the DM4100 Switch:

Configuration steps for the ToR Switch:

All the examples are for the DM4100 Switch.

The initial configuration assumes the island is connected via VPN.

The 11th step is a "migration" step, to switch the connection from the VPN to the dedicated backbone called FIBREnet:

It's recommended to save the configuration already made at this point, in a separate file for backup and in the switch's startup configuration file: